This is the third in a series of blogs preceding our upcoming pruning workshop.  Today we’ll examine growth habits and regenerative responses.  Make the most of our upcoming workshop but reading through this series of blogs first.  For questions, address Chris @ ctracey@avantgardensne.com.
Let’s review each of our five plant categories: 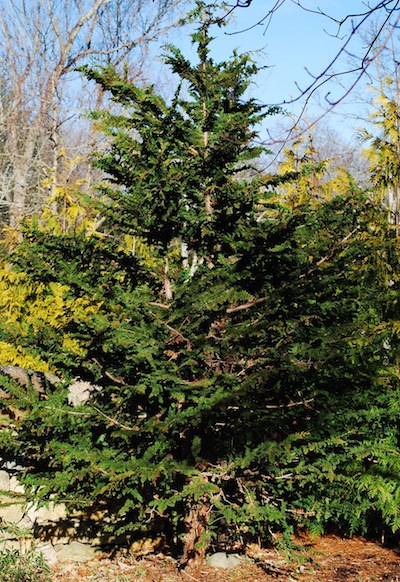 Deciduous Conifers– This group produces a central leader. A central leader is a single trunk headed straight up to the sky. Structurally, this is the best of all growth habits.  It is pretty much impossible to prune them into any other form; they will always revert to a single leader. Their branching is symmetrical. This group regenerates well because of the dormant buds present throughout the trunk (old wood).

Evergreen Conifers– Of the tree forms, some naturally produce a central leader while others produce multiple leaders.  Most can be trained to a central leader if you have the patience and start training them in their youth.  Multiple leaders have the tendency to spread apart under snow and wind loads.  This group does not regenerate well because dormant buds are not present on old wood. Small shrubs forms of evergreen conifers will be addressed in the workshop.

Broad Leaf Evergreens- Most are multi-stemmed  and should be left that way. These produce many stems from the base as well as many primary, secondary and tertiary branches.  This group regenerates well; they will sprout from old wood, when damaged or presented with more sunlight as dormant buds exist throughout. 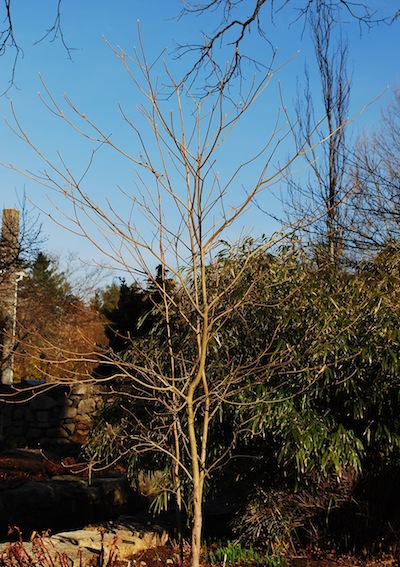 Deciduous Trees-Some naturally produce a central leader while others produce multiple leaders.  Most can be trained to a central leader if you have the patience and start training them in their youth.  Although snow and wind loads are not as detrimental to this group, they have greater stuctural integrity as single leader specimens.  Most have strong regenerative response to pruning, damage and increased light exposure.

Deciduous Shrubs-Most are multi-stemmed  and should be left that way. These have strong regenerative properties and can be cut back as far as you’d like (if you don?t mind foregoing a years blossoms).

In general, Alternate branching plants are easier to prune into “open forms” by a process called thinning out (think apple trees in an orchard or well-tended Tea Roses), but don’t respond as well to  extensive tipping back (shearing), which produces that scrumptious chicken croquette shape.  The exception to this occurs when the alternate branching pattern has short internodal spacing (the distance between one branch and the next is very short). Many evergreens such as boxwood, yews, and arborvitae produce closed forms without any help from shears because of their short internodal spacing. Opposite branching plants generally take more work to prune into open forms, but in many instances it is worth the effort.   This branching habit tends to produce  a “closed form” and shearing only intensifies this, often resulting in the “cartoon strong man form”, all upper body with skinny little legs.