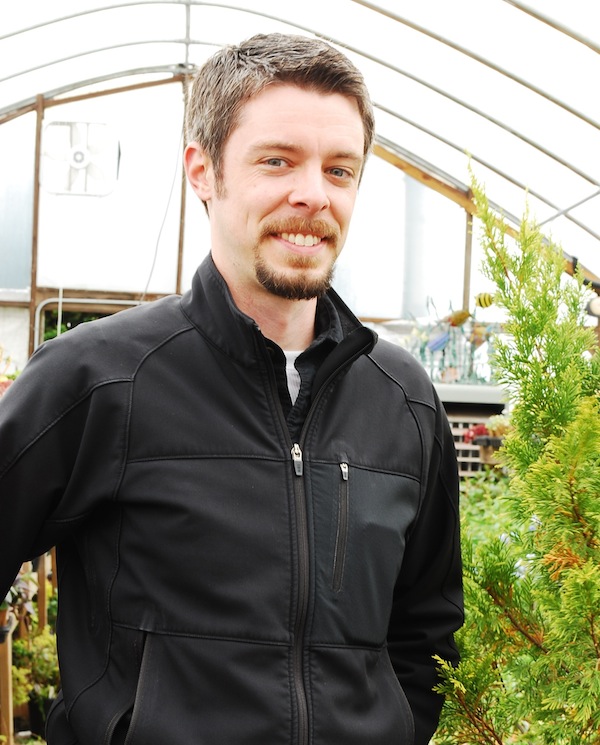 There is new energy in the field of horticulture. We have been lamenting the loss of so many keen gardeners in recent years, whose ranks have not been renewed by a new generation of plant devotees, and then we met Andrew Keys. Andrew, whose most recent garden related activity is creating the podcast, RadioGarden for Horticulture magazine, is savvy with electronic media as well as with plants.  He spreads the gardening buzz by way of RadioGarden , his blog Garden Smackdown , and he’s hard at work on a book for Timber Press he tentatively says is about unique plants, due out Fall 2012.

Andrew currently lives in the Boston area, but is a Southern boy who grew up playing in the woods near his childhood home in Mississippi. His first plant crush was on  Aralia spinosa or Devil?s Walking Stick, which he discovered in those woods. Now he?s hard pressed to specify a favorite plant, as it changes with each new discovery. He did mention a few varieties which we recently began offering: Aster ‘Ezo Murasaki’, Rosa sericea var pteracantha and Aralia cordata ‘Sun King’.

His own garden consists mainly of low water use plants, including Nepeta, ornamental Oregano and his favorite grass Pennisetum orientale ‘Karley Rose?’ which begins producing inflorescences in early summer. When asked what advice he has for the novice gardener, he disarmingly pronounces “Don’t freak out! Yes, there are a zillion options at that nursery, but there’s probably more than one that’s right for you, so don’t be overwhelmed by them. Yes, plants WILL die, but as my friend Mindy said on my December podcast, mourn the loss of that dead plant only as long as it takes to pick out a new one.”