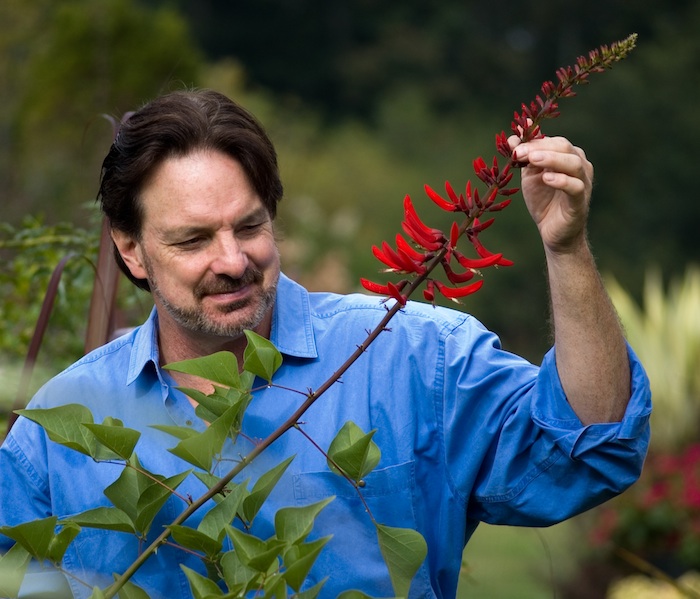 I remember first meeting the talented Louis Raymond, oh, can it be 20 years ago already?  He visited Avant Gardens with a list in hand of at least a dozen hard-to-find plants, but soon was distracted by other selections.  The whole nursery heard his booming and joyful exclamations.  Oh, goody: You have this, too!  “You mean that now comes with purple foliage?  Fantastic!”  Before Louis was a landscape and garden designer, he was an opera singer.  Once you develop the resonance, you don’t lose it.

In an even earlier life, during his childhood in Erie, PA, Louis was already a performer, but with plants.  As a first grader he demonstrated to his fellow classmates how to sprout an avocado pit in a glass of water.  As a high school student, he took on real gardening jobs, actually pruning and dividing, not mere lawn mowing, and began advising on where a path should be constructed, or suggesting to the homeowner with surplus hosta divisions could best be used as a ground cover on a neglected slope.  Today, the plants in these gardens wouldn’t seem very exotic (they probably weren’t exotic even then) but to a young man learning of them for the first time, they were exciting indeed.  The client with all those hosta also had the first clump of autumn crocus Louis had ever seen.  What a horticultural thrill: huge croci in September not April! 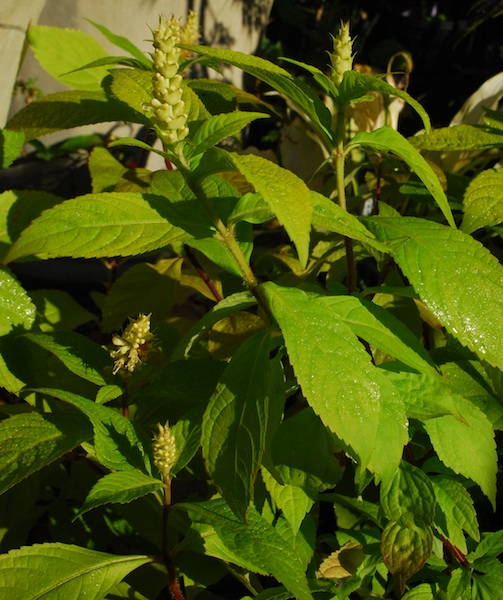 Nowadays, the thrill needs to be a bit (a lot) more exotic for Louis.  As many of us know, plant collecting is the obsession of a lifetime, and one we like to share with others who are similarly blessed.  In his web journal www.LouisThePlantGeek.com, Louis chronicles day-by-day the wondrous plants currently performing for him in his gardens in Hopkinton, RI.  One day it might be Erythrina x bidwillii, the next perhaps Leucosceptrum japonicum ‘Gold Angel’.

His number one plant obsession right now (and there are so many that it was a little hard for him to pin down) are trees and shrubs that lend themselves to pollarding, coppicing, and espaliering.  His number two obsession are tender trees, shrubs, perennials, vines, and bulbs that extend the seasons but can easily be overwintered dormant in his root cellar.  (He already overwinters a packed greenhouse-worth of tender plants that need to stay in leaf in the cool months.  But there’s still plenty of room for more in the cellar!)

As he has for the past 20-plus years, Louis designs and installs gardens and landscapes for clients from New York to Boston, the Cape to the Berkshires.  His projects range from intimate city spaces to waterfront and woodland estates.  He mixes formality with casual abandon, and he loves to insert an astonishing plant here and there for that WOW factor.  Two dozen of his favorite projects over the years (including his own gardens) are in the galleries of his project site, www.RGardening.com. 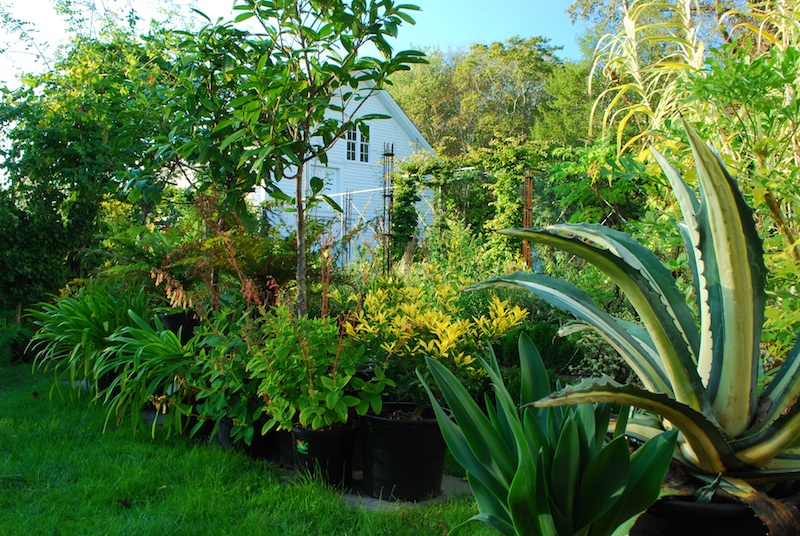 His advice for the novice gardener?  “Don’t worry about making your garden interesting in May and June, which in any event, will happen automatically as soon as your roses, peonies, and iris start blooming.  Instead, focus on August and February, when a garden can be sparse indeed; if your garden’s tap-dancing in August and February, the rest of the year will take care of itself.  And remember: Flowers are just the icing on the cake.  A garden’s best and most sustainable interest is in foliage, form, bark and berry.”