A Dreaded Chore: Repotting an Agave 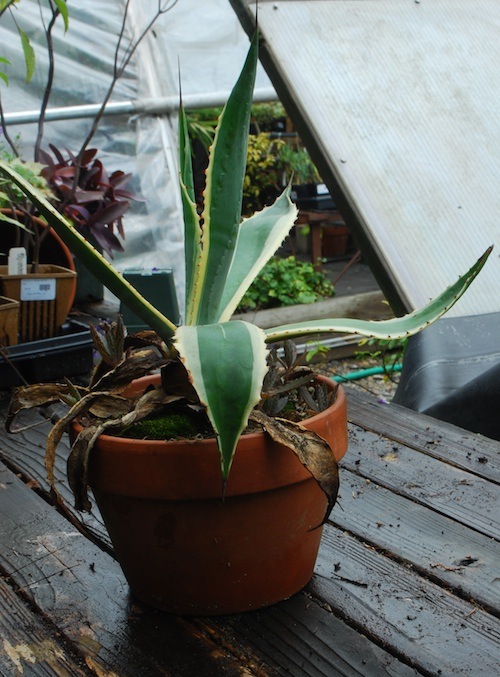 I’ll confess. I had avoided repotting (for almost a year now) what had become one very sad looking Agave.  The older leaves had become brown and ugly, and obnoxious weeds had taken root. The piercing tips and teeth on the leaves looked ferocious, and I didn’t want to give blood. So there it sat, in a neglected corner, a woeful sight indeed.

As we were gathering all the tender plants to bring inside for the winter, it was time to make a choice about whether to save or toss the misbegotten Agave. A decision was made: yes, save it. A plant that has the will to carry on despite such neglect deserves not only respect; it deserves admiration. And as it turned out, grooming and repotting wasn’t a big deal after all. Here’s how we went about it:

The first thing to do is put on some protective gloves. Carefully remove the Agave from its pot, standing over a wheelbarrow or large receptacle to catch the debris. Tilt the plant so you can get at the base of the crown with your clippers and remove the dried up foliage. Next, loosen up the soil around the roots and remove any weeds that may have established, teasing out their roots so they won’t make a comeback.

Use a very well drained soil mix amended with sand and perlite, and if you have access to grit or gravel, add some too. (We don’t add fertilizer, since Agave are very light feeders. Instead, we liquid feed with fish emuslion/seaweed 2 or 3 times a year.) Position the Agave in the center of the pot, and then backfill. The repotting is accomplished, and we can now place the Agave in a spot where it merits attention. 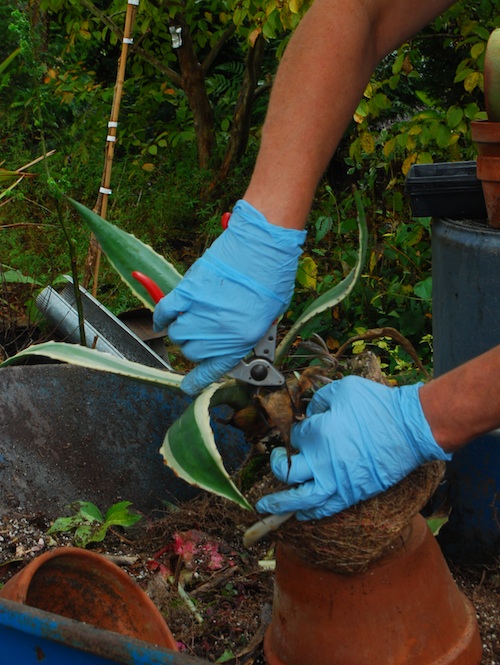 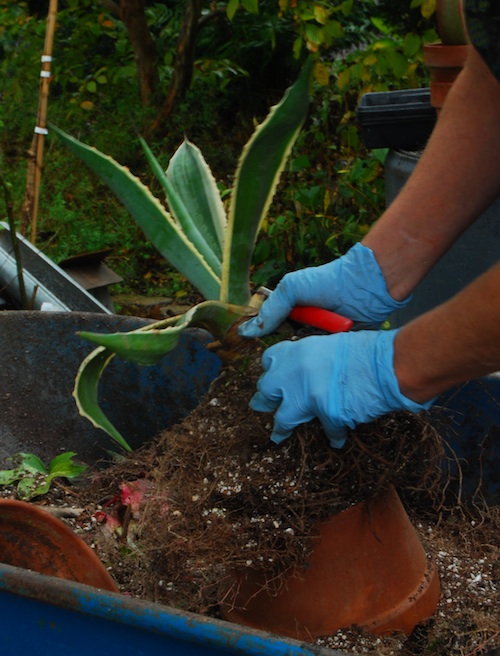 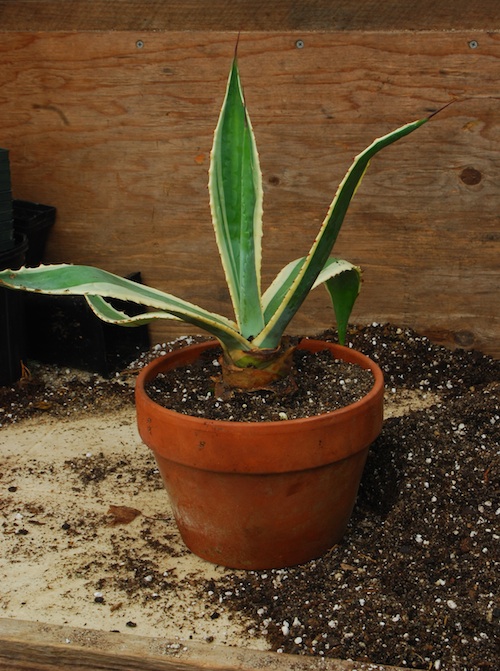