Better to Have Loved, and Lost

Variegated Cornus contraversa in the distance with Osmanthus decorus revealing just outside the archway.

Better to have loved, and lost, I say.

January is a good month to take inventory. While organizing files and space in my office, I realized it was time to discard extraneous paper and to relegate numbers of old magazines and catalogs to the recycling pile. This took longer than I planned…some of these periodicals were from the 1990s and 2000s when my hunger for discovering new plants was unquenchable…so of course I had to revisit these dream books which held the promise of the gardens I had envisioned in years past.

As I scanned the dogeared pages of these old plant lists, I realized there were many, many plants that I had ordered, loved (for a season anyway) and lost. Sometimes the failures were due to my attempts to push hardiness (did I really think I was living in zone 7B after one mild winter?), or I definitely did not site the plant in the proper spot nor tend to its specific cultural needs. This is part of the education of a gardener; experimentation is exciting, and you learn much from your failures. Lessons, some of which I still struggle with such as: Was the soil too acidic (next time, sweeten the soil with ground limestone), did its placement in the garden not have good winter drainage (then add shovelfuls of coarse sand), would the plant have fared better if had been sited close to a stone wall (which might have retained more heat, adding a half zone of warmth in colder months)? Should I have put down that protective winter mulch, once the ground froze? And then there is the most hard to admit explanation….these plants just didnt like growing in my garden.

Old nursery catalogues that I cannot part with.

I couldnt help feeling wistful for my plant losses, but I think I was saddened more that hundreds of plants which were named in these 10-20 year old catalogues and magazines are now seldom seen on nursery plant lists. As I perused the old catalogues from Asiatica, Seneca Hill, and Heronswood, I remembered what treasures these nurseries were to gardeners. The nursery owners catered to fellow plantaholics who would swoon with delight at the discovery of a new species; alas, there are fewer and fewer of us, or so I hear. My hope is that most of these plants continue to exist in private or botanical gardens, and are not lost forever. 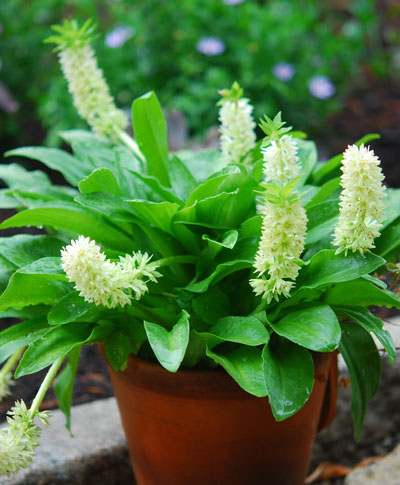 But enough of this doom and gloom talk; I should add that my glass is more full than empty. Many of the obscure yet lovely specimens that I planted still live on in my garden: the now 30’ Betula ermanii, the hardy Osmanthus decorus, the pretty in pink Aster Kylie purchased from Heronswood, the collection of Anemonella from Asiatica, and the not quite hardy but easy to winter over in a pot Eucomis zambesiaca from Seneca Hill...to name just a few.

Ive decided to hold onto some of these catalogues from years gone by. They remind me of my evolution as a gardener, that there are still treasures waiting to be discovered and that there are gardens yet to be. Despite losing some plants which I loved, I am reassured that this is part of the process of creating a garden.