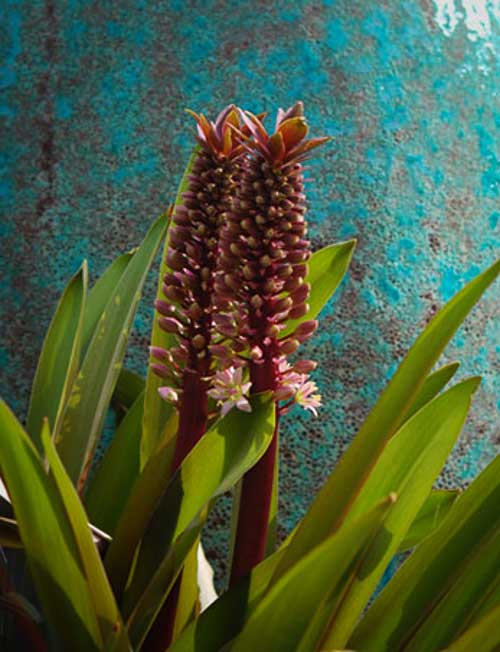 For the first few years that we grew Pineapple Lilies, we understood that the hardiness range was zones 7-10  for most forms. And that was okay. We would grow it in containers or dig the corms up after a killing frost. 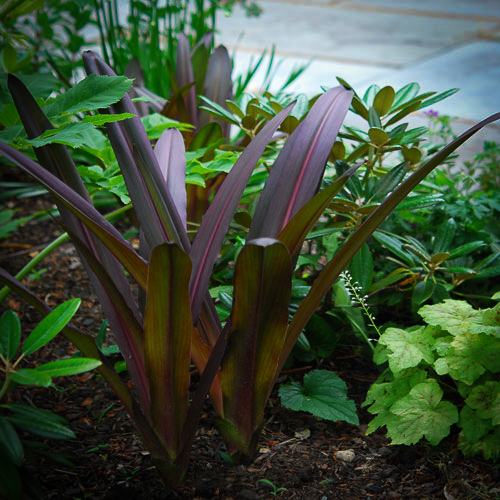 Then we heard that some forms of Pineapple  Lily were proving to be quite hardy, especially a purple leaved variety, Eucomis ‘Oakhurst‘.  Not wanting to perpetuate “fake news”, we needed to be sure this was in fact true. Four years ago  we planted several plants in our zone 6A garden in average, well drained soil where they get 6 hours of sun.  ‘Oakhurst’ has not only returned dutifully each year, it has produced offsets as well as viable seed, which have germinated easily giving us many dark leaved progeny. Some folks are even reporting that is equally hardy in zone 5 in  a protected spot. 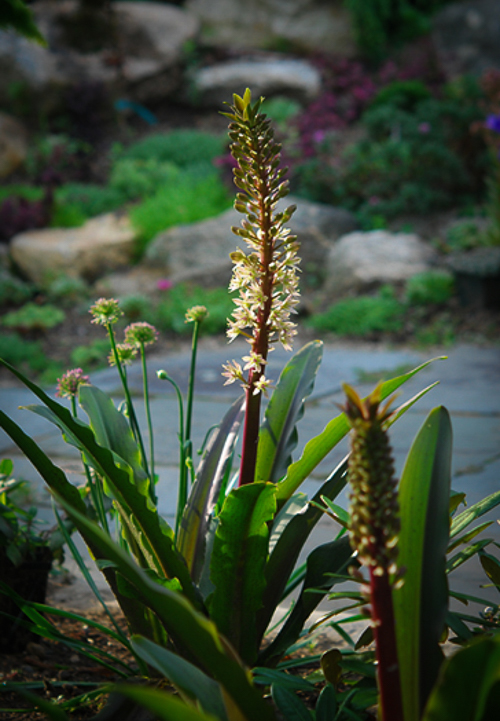 Eucomis comosa  ‘Oakhurst’s  strap like leaves are an especially dark wine in cooler temperatures, and green up a bit during summer heat. In late July and early August. ‘Oakhurst’ produces spires of pinky white starry blossoms  on 20-24″ stems. Seed heads remain attractive, and you can leave them  for the seed to mature if you like, or remove them to send more energy to the bulbs below ground.