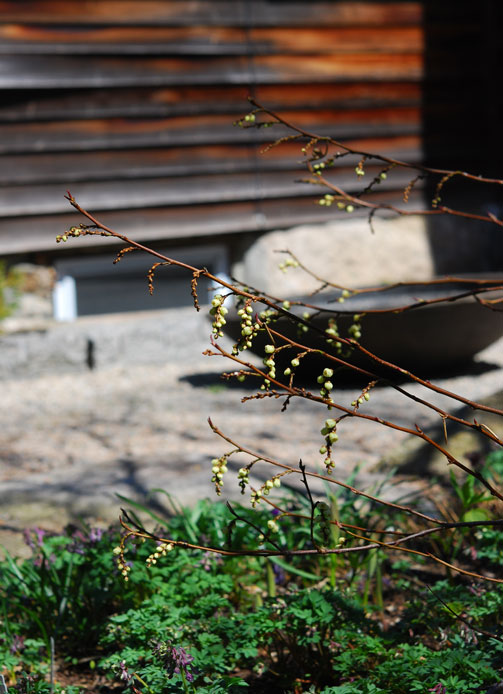 A survivor…..Stachyurus chinensis ‘Celina’ cared little for being under 4′ of snow.

The agony and the ecstasy, or is it the other way around?
After this marathon winter, crocus, daffodils and hellebores have gushed forth with a grand ta-dah! Emerging growth from so many herbaceous perennials reassures us that a heavy snow blanket was good for some plants.

HOWEVER…. trees and shrubs exposed to the onslaught of 3 months of cold and frigid white stuff fared unevenly. Some came through unscathed, while others lost limbs and suffered dieback. The most serious casualties in our garden were the broadleaf evergreens, especially boxwood and Japanese holly, and the evergreen bamboos. The question, what does hardiness mean, is provoking a lot of discussion. 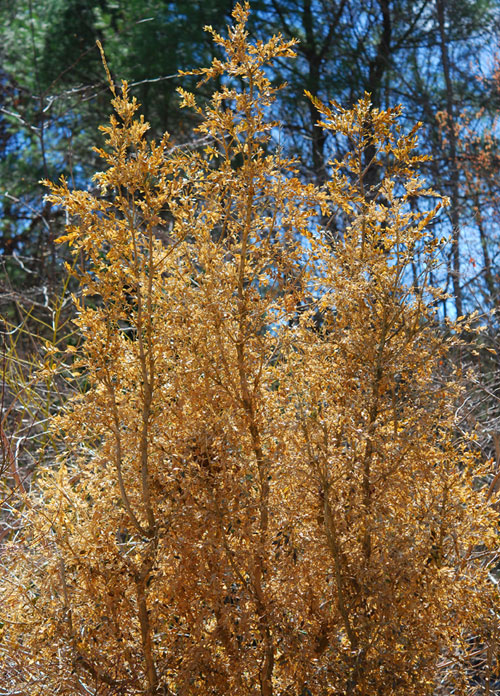 This variegated boxwood is toast!

A variegated boxwood, which grew from a rooted cutting 15 years ago to 7′ tall, is now the color of straw and shows no green in the cut wood, except for the lowest branches. The fastigiate Japanese Holly, Ilex ‘Sky Pencil’ has more than its share of crispy foliage, but the wood has life and we’re confident it will put on fresh growth. Amazingly, once again the Trochodendron araliodes which horticultural friends cautioned would be iffy, came through looking fine, despite broken branches, (it was buried under snow for weeks). Planted right next to it was a so called hardy gardenia, a loss, or at least total die back to the roots. 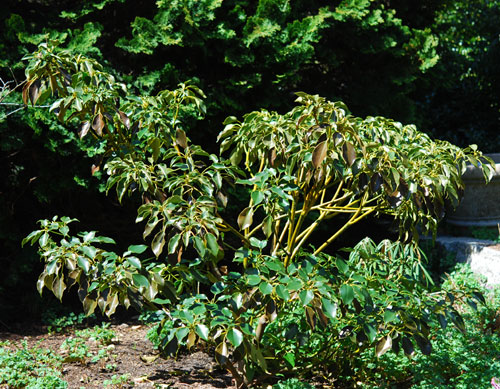 A few smashed branches reduced the size of this Trochodendron, but it’s going to be fine.

The bamboo grove of Phyllostachys aureosulcata is a sorry sight. What once was a wall of green is now stationary beige. Yes, discoloring of leaves happens in cold winters,  which drop when the new leaves emerge in May, (most years)…but this year many of the 30′ culms are brown or oddly discolored. I’m confident that new shoots will break from the ground, but thousands of dead stalks will need to cut down before this happens. Know any artists who may need bamboo for a big project? 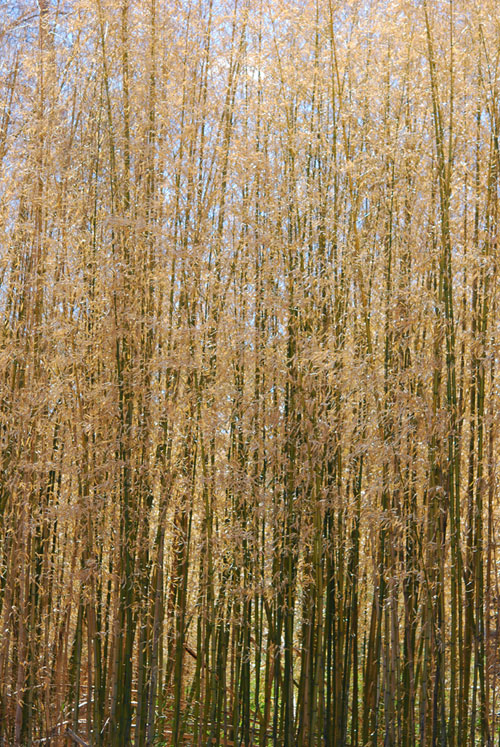 Note the brown culms, and even some of the green have threatening discoloring.

I usually advise patience before yanking out plants that have suffered winter damage. April is often too early to tell if a plant is a goner or will convalesce and recover.  In the meantime, where there is hope, prune damaged branches, fertlize gently and let nature heal. Miracles happen while you are busy watching everything else grow. 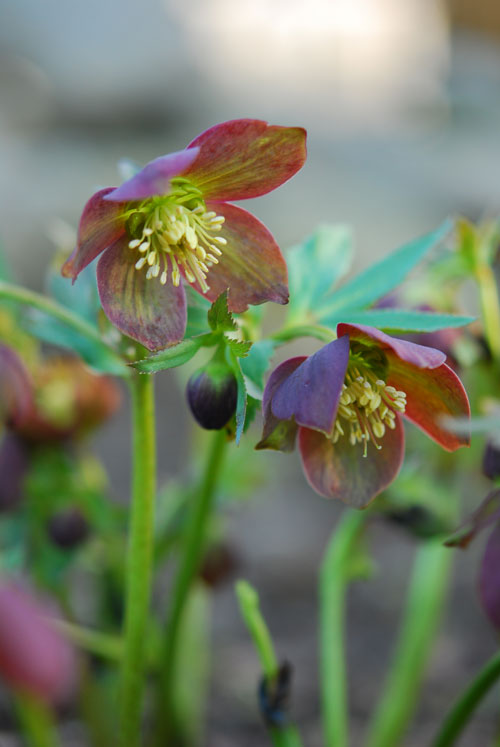 10 thoughts on “What Survived the Winter”