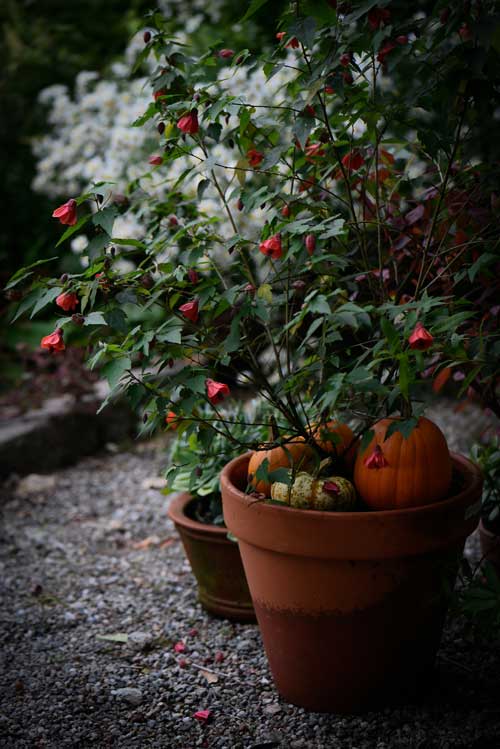 The summer of 2018 presented many challenges to gardeners here in the northeast. Some folks had mind-numbing amounts of rainfall. We had the heat and HUMIDITY but missed most of the storms until September, when we began to catch up with the precipitation….a good thing for the trees and shrubs,  but after a summer of high humidity, the succulents which s often end with a grand tra-la, began to falter.  On the other hand, containers that loved tropical conditions thrived, and I wish I had planted more.

I present to you the before and after pictures: 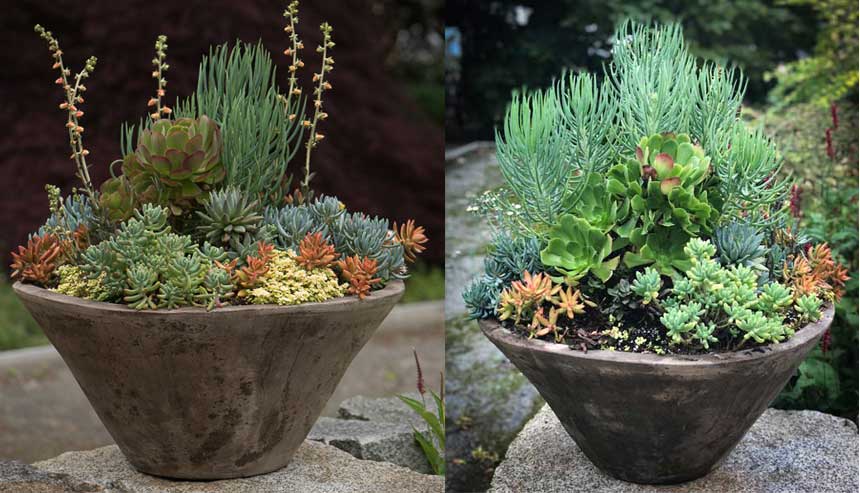 Brown terra cotta bowl, June and then October…a number of succulents like the yellow and copper Sedum melted with the humidity and late season wetness. 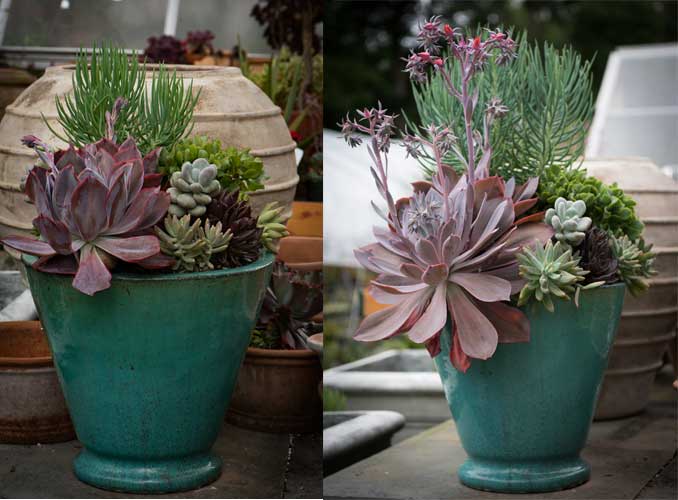 The turquoise jar held up admirably, with Echeveria ‘Afterglow’. The after picture was taken in mid-September. 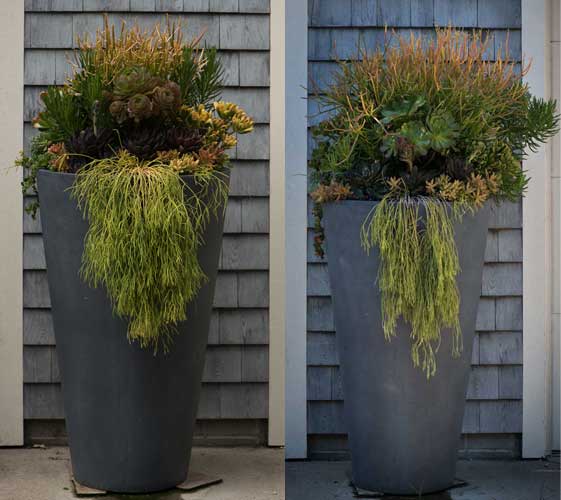 We never caught them in action, but think some birds decided to have a go at pecking on the succulents’ foliage and breaking off strands from the Rhipsalis which trails over this gray cylinder pot. 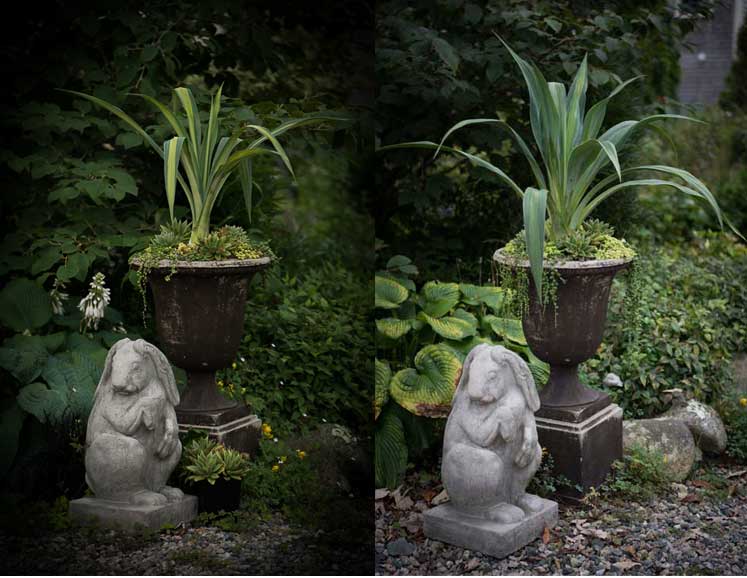 Still looking as good as it did in June, this urn with Beschorneria and tender succulents put on a little more growth. 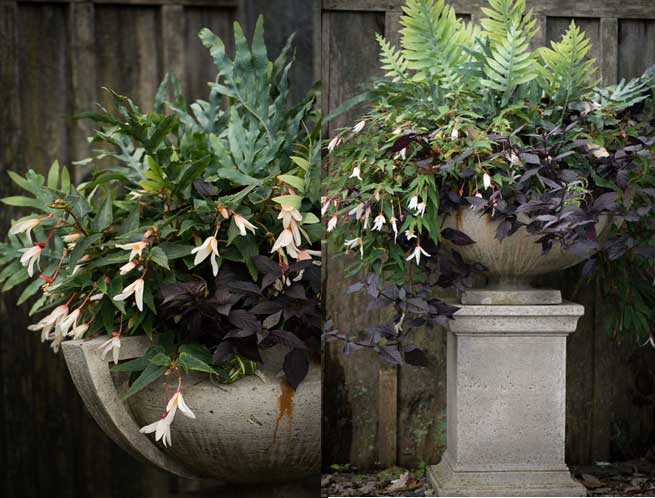 Shade Pot 1. The white form of Begonia boliviensis continues to send our flowers with the Blue Rabbit’s Foot Fern and trailing Alternanthera ‘Gails Choice’ is still holding up well in early October. 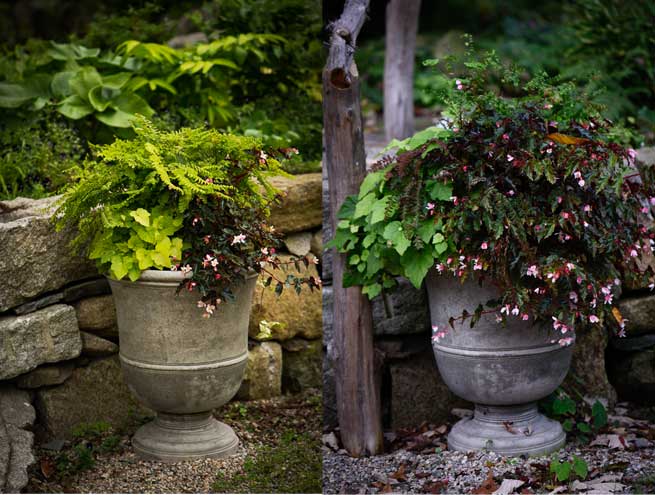 Time of day and time of year affect lighting so much. This was a fairly successful shade planter with Begonia ‘Concorde’ filling in nicely, and the golden-leaved piggyback plant Tolmeia ‘Cool Gold’ adding color contrast. The Maidenhair fern fronds had a tendency to brown out. 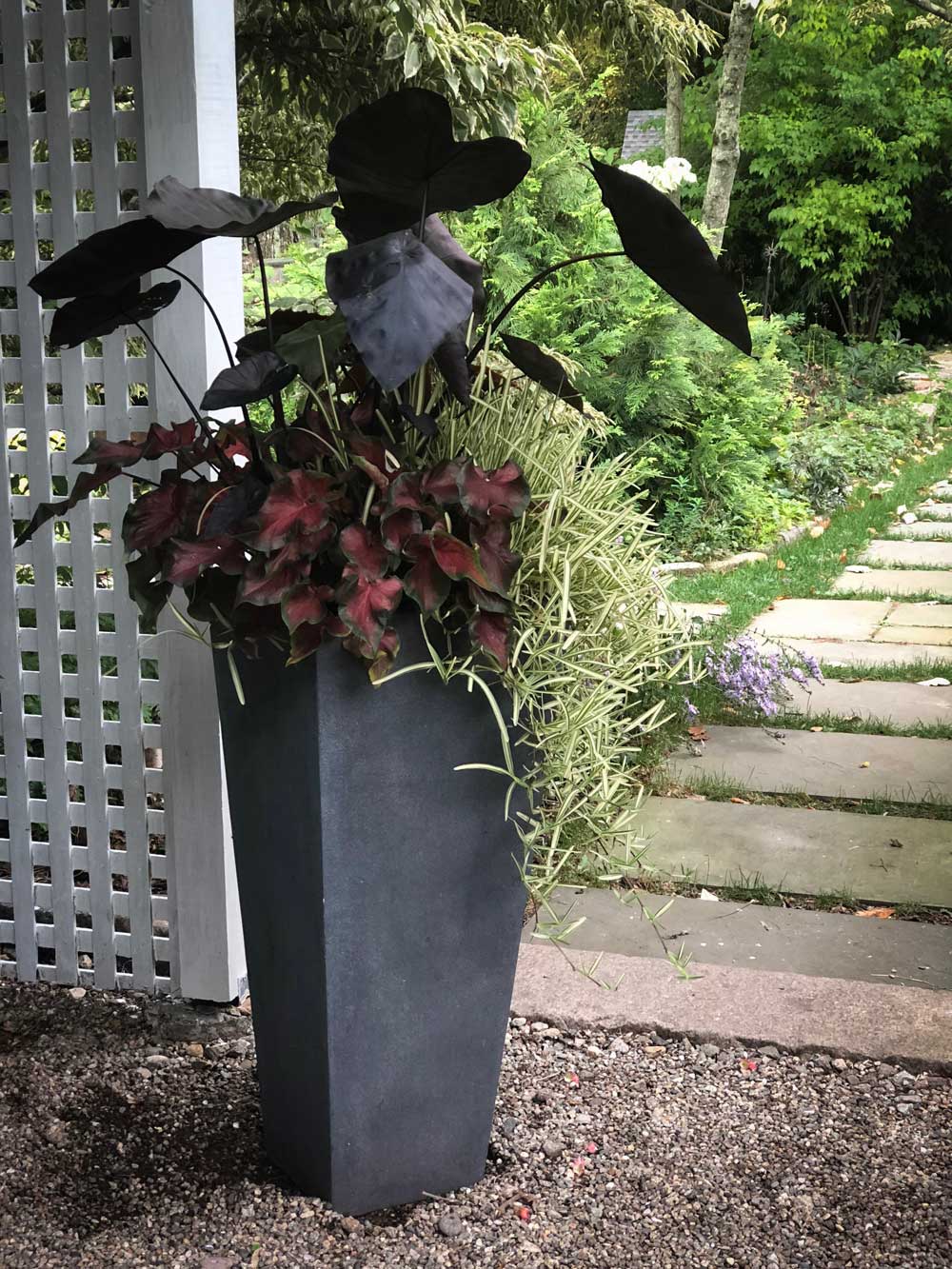 How did your containers perform this season?  Did you try a combination that worked well all summer and is still showing off now?