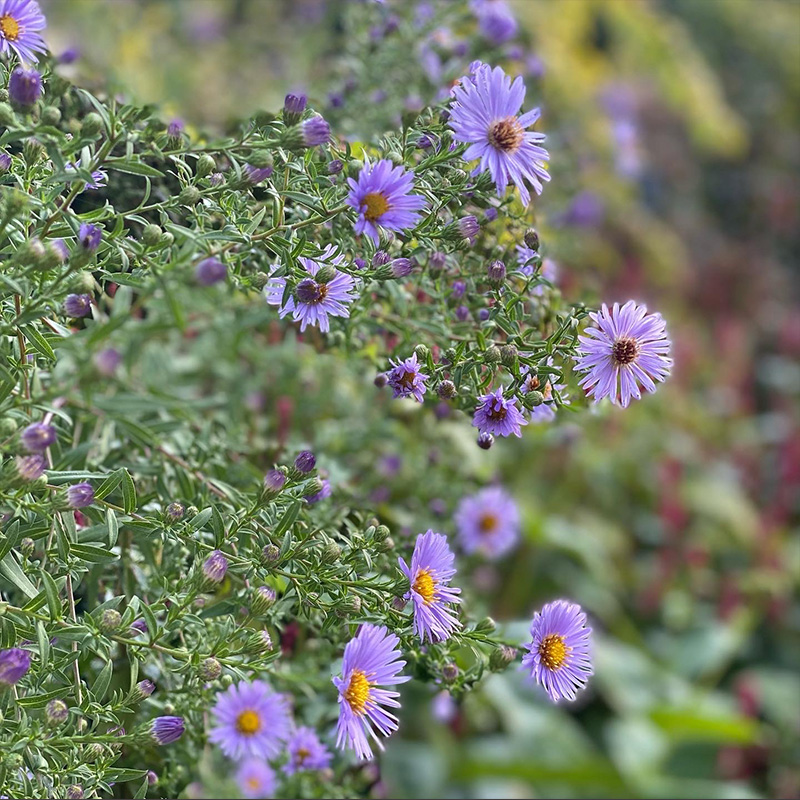 Years ago, the only fall asters that were commonly available at nurseries were cultivars of New England Asters: ‘Purple Dome’,  ‘Alma Potschke’  and ‘Wood’s Blue’. I have to say they have regularly disappointed me…by the time they came into flower their lower leaves would turn brown and look so tarnished.  I learned that their “ugly legs” could be disguised by planting behind another plant so you only viewed the flower heads. These New England Asters bloomed in early-mid September and by this time of year (mid October) the show was over.

Over the years, I have discovered there were so many other showy asters to try,  including many other native species.  Some didn’t begin their show until mid October,  plus they did not suffer the “ugly legs” syndrome. (Light frosts were not a problem.) Let me talk up a few. 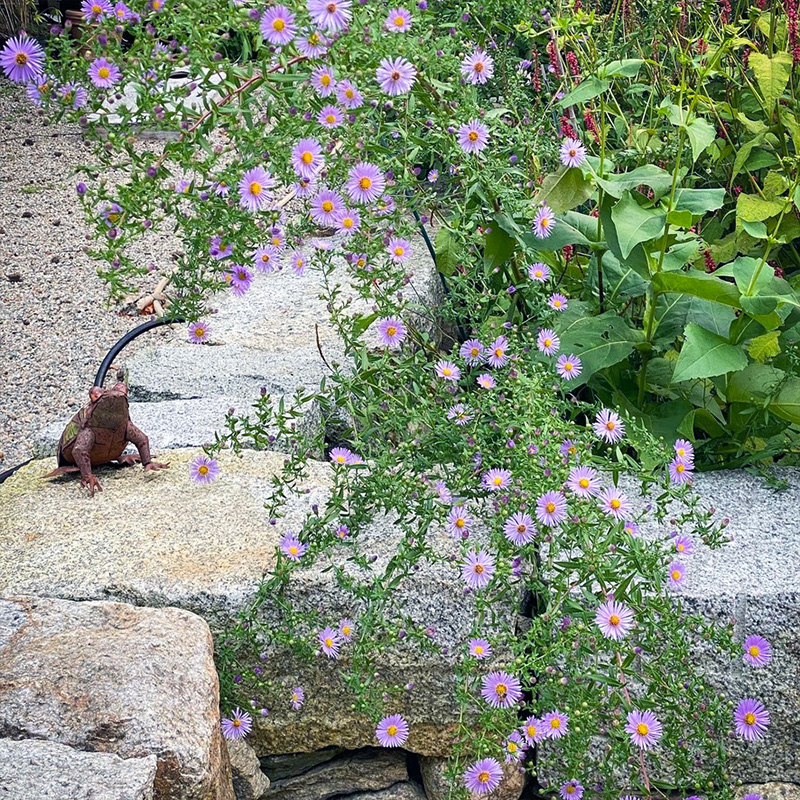 Consider Symphyotrichum (Aster) Bill’s Big Blue’, a “nativar” selected by a CA nurseryman years ago.  It may take a year or two to achieve its capable height of 5′, but here it is in the latter half of October, billowing forth over a stone wall. (Blue is sometimes tricky to capture in photos, and it is actually more blue in person). The bumbles and honey bees are enjoying its late display. 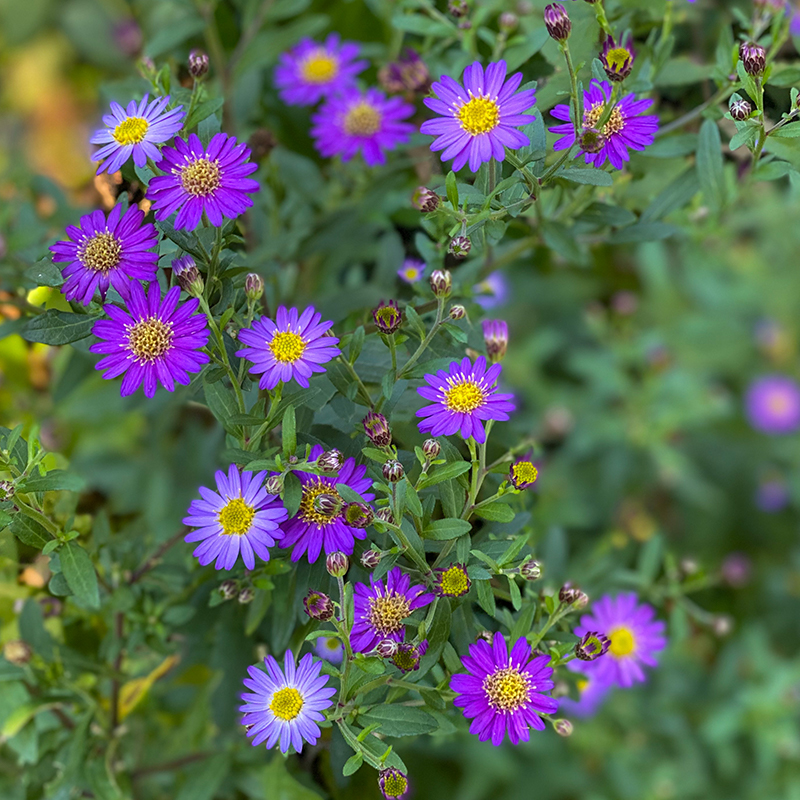 I’ve written about Aster ageratoides ‘Ezo Murasaki’, a small flowered October into November bloomer, in an early post.  1″ violet blue flowers appear in profusion on 18-24″ tall plants and please the bees too! Take note that this Aster spreads, so use it where a useful, late blooming groundcover will complement some brilliant fall foliage. 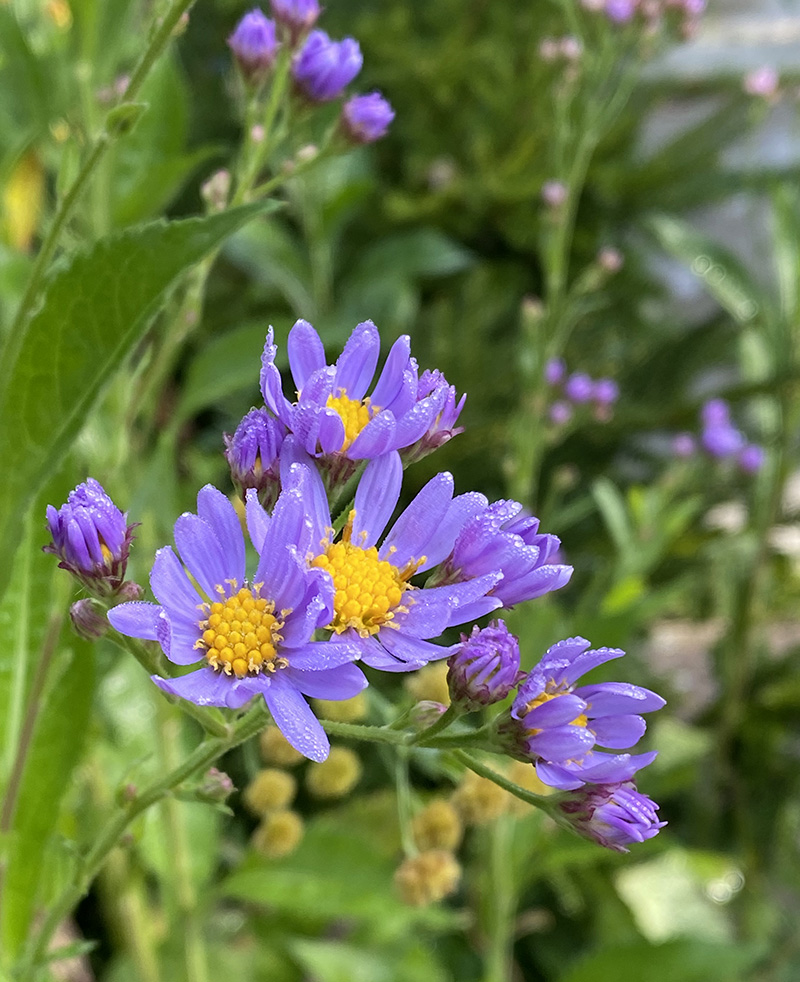 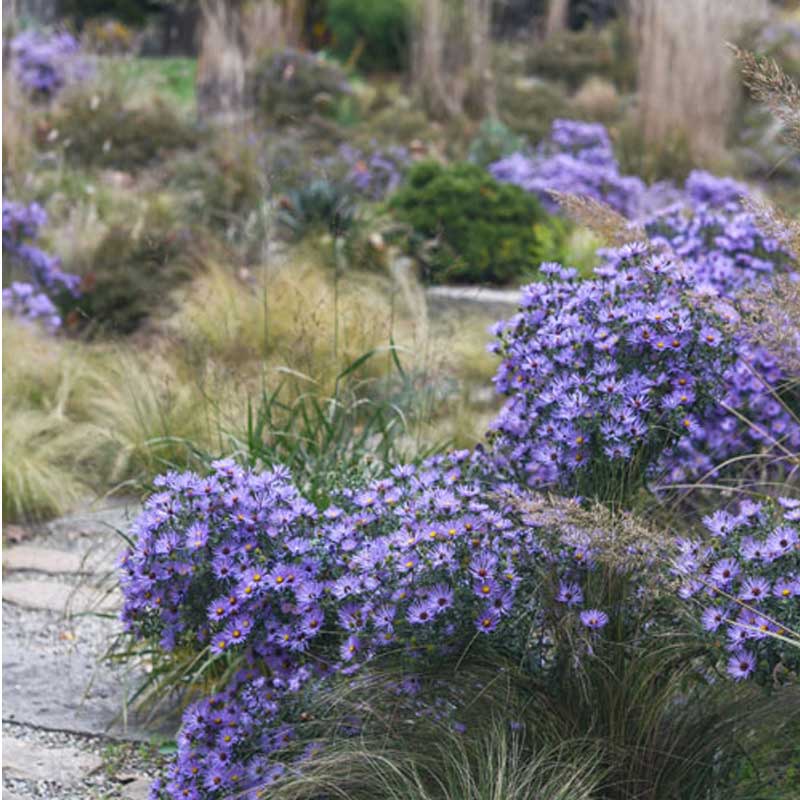 The native Aromatic Asters, Symphyotricum oblongifolius ‘October Skies’, and the slightly taller  ‘Raydon’s Favorite’  are becoming better known. One would easily overlook them in the nursery yard in spring as their foliage doesn’t command attention.  Come October, however, and look again…the plants are literally covered with 1 1/2″ blue flowers.  They also have good drought tolerance and are pollinator friendly.

Are you growing any late blooming Asters that should be in everyone’s garden?