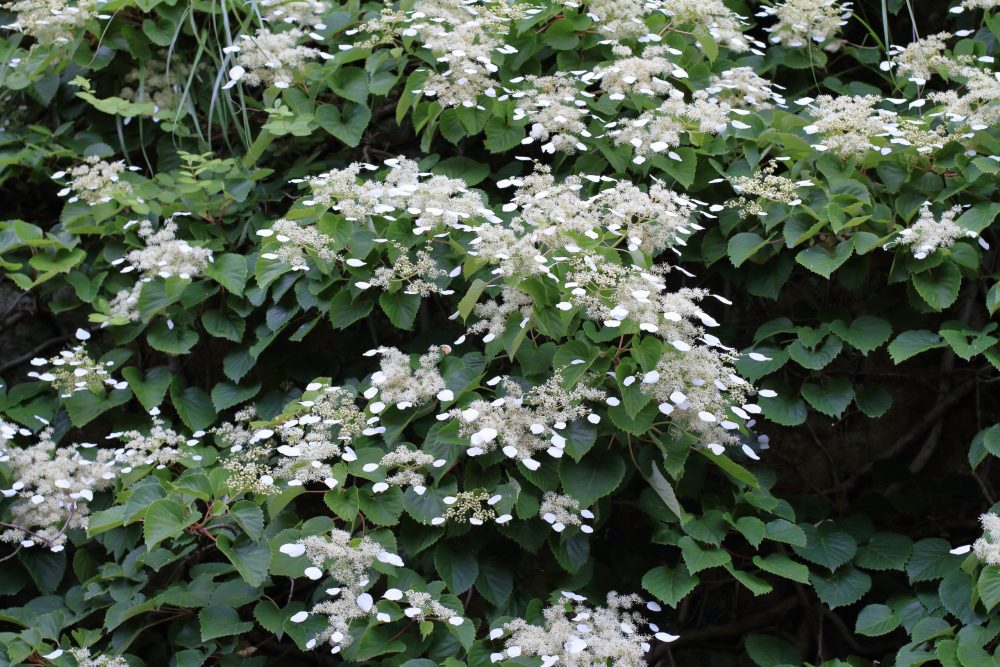 For an easy and fast growing woody vine for partial or rather  shady spots, consider Japanese Hydrangea Vine, aka  Schizophragma hydrangeoides ‘Moonlight’.  Similar but visually different (and IMHO more lovely) than its cousin Climbing Hydrangea (Hydrangea anomela petiolares), the cultivar ‘Moonlight’ has faint silvery mottling on it’s dark blue-green heart shaped foliage. In July and August, it bears large (up to 9″) white “lacecap” flowers that are composed of teardrop shaped sepals attached to the tiny fertile flower clusters.  Although it is not native, the fertile flowers do invite pollinators. Plants come into bloom more quickly than do Hydrangea anomela petiolares, plus its flowers last longer and can be controlled to 10-15′ tall, although it can get taller with age.

Grow Schizophragma hydrangeoides ‘Moonlight’  espaliered up walls, pergolas and arbors or even over stonewalls. It enjoys  a rich evenly moist well-drained soil for quickest growth. and plants are hardy in zones 5b-9.